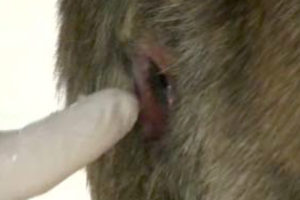 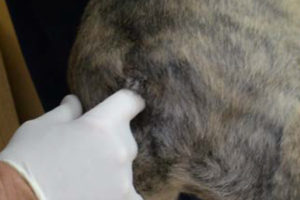 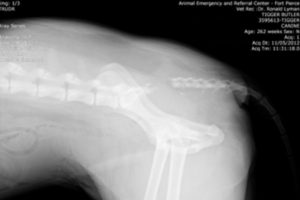 A 4 ½ year old canine was examined for evaluation and treatment of injuries sustained 2 days prior to referral. The tail was separated at the sacral-coccygeal level, and there was severe soft tissue swelling, firm fluctuant subcutaneous fluid, and bruising encompassing the entire lumbosacral, perianal, and perineal area.